NBC’s Board of Directors consists of the President/CEO of each member center and for the 2020-22 term Billy Weales, President and CEO of The Blood Center serves as the Chair of the Board. 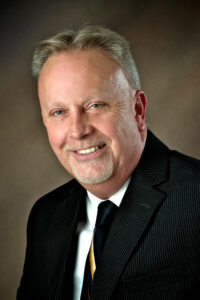 A thirty two year veteran of the blood banking industry, Billy serves as the President/CEO of The Blood Center located in New Orleans, LA. He has held this position nearly fifteen years, initially assuming the position as interim CEO for a ninety day period in February 2006, prior to his to appointment as President/CEO by the Board of Directors in May 2006. Billy rebuilt the organization post-Katrina when the facilities incurred water intrusion levels of four feet throughout its facilities in New Orleans. Prior to assuming the role of CEO, he served in numerous management roles at The Blood Center spanning nearly all departments within the organization including the position of Vice-President/Operations before assuming the role of Chief Executive Officer. His knowledge of blood center operations and expertise spans most blood center processes from donor recruitment, collections, manufacturing, distribution, to risk management, and finance.

The Blood Center is licensed by The Food and Drug Administration and Accredited by the American Association of Blood Banks while maintaining a AABB Accredited Reference Laboratory. TBC employs approximately 220 employees, serving more than 30 hospitals, numerous surgical centers and other outpatient transfusion facilities throughout Southern Louisiana/Mississippi. TBC operates twelve (12) fixed donation sites across Louisiana and Mississippi, while operating mobile blood drives throughout its service area. 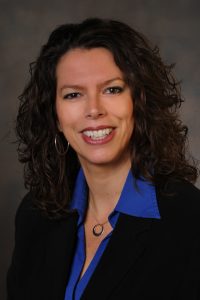 Lisa Entrikin is CEO of the Rock River Valley Blood Center (RRVBC), headquartered in Rockford, Illinois. She is responsible for the strategic priorities and management of the blood center, which employs 90 people and serves 13 hospitals across a seven-county region in northern Illinois and southern Wisconsin. During her 19 years at the blood center, Lisa has been integral in helping the organization become a leader in blood center processes and management to grow collections and expand territory.
Lisa has a Bachelor of Arts degree in marketing and communication. With 26 years of experience in the blood banking industry, she has participated in or led all aspects of the business. Lisa began her career in recruitment, then expanded into operations, including collections, components, and distribution.
An active member of ADRP for more than 20 years, Lisa has served on the Advisory Board multiple times and has served as the organization’s president for the last two years. ADRP was instrumental in helping blood centers across the nation navigate the COVID-19 pandemic and maintain a stable blood supply. She is also a member of the board for Americas Blood Centers (ABC).
Lisa is passionate about donor recruitment and retention and ensuring a wonderful donor experience that brings people back. She is an 11-gallon blood donor. 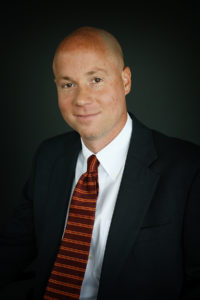 Bill became KBC’s fifth President and CEO in October, 2008.  Prior to relocating to Lexington, Bill worked in senior management positions at large blood centers in San Antonio (4 years) and Indianapolis (10 years). Bill received his BA from Indiana University and followed up with his MBA from Indiana Wesleyan University. He is currently vice chairman of Blood Centers of America, the largest blood center cooperative and GPO in the United States.

KBC employs more than 240 people who provide professional expertise to recruit donors, collect blood donations, process and test donated units and distribute blood products to hospitals.  To be able to provide this service, KBC has five donor centers (Beaumont and Andover locations in Lexington and one each in Louisville, Pikeville and Somerset) and also provides mobile donation opportunities throughout the region.

All blood that is collected by KBC is returned to the Beaumont Donor Center where it is processed, prepared and stored for shipment to Kentucky hospitals. 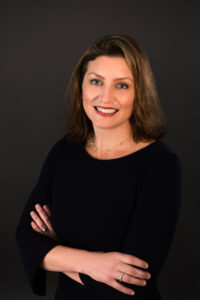 Kim currently serves as the President and CEO of LifeSouth Community Blood Centers headquartered in Gainesville, Florida. Kim graduated Phi Beta Kappa from the University of Florida in 1995 and earned her juris doctor from the University of Florida Levin College of Law in 1999. After graduation, Kim worked for the State Attorney’s Office before rejoining LifeSouth in 2004. Kim was certified as a Senior Professional in Human Resources from the Society for Human Resources and the HR Certification Institute. Kim was an adjunct professor at the University of Florida’s College of Public Health and Health Professions. She graduated Beta Gamma Sigma in April 2015 with an Executive MBA from the University of Florida. Before becoming LifeSouth’s President and CEO in 2021, Kim served as the organization’s General Counsel for over 16 years and oversaw the human resources, quality assurance, training, legal and administrative services departments. In addition to NBC, Kim currently serves on the Board for America’s Blood Centers and the National Blood Testing Cooperative. 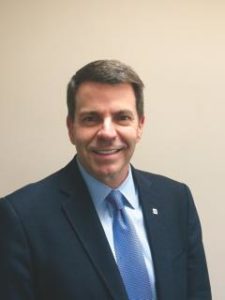 David is a cell biologist with over 25 years experience in the life science industry and currently serves as the CEO of the San Diego Blood Bank (SDBB).  SDBB provides San Diego, Orange and Los Angeles County hospitals with a wide range of blood products and testing services, including cord blood banking.  David joined SDBB following his tenure at a variety of companies that developed tools for biomedical research, diagnostic and applied markets, including Illumina, GenVault and Axon Instruments.

David received his B.S. from UC Irvine, an M.S. and Ph.D. from Emory University, postdoctoral training at Tufts University and UC Berkeley, and business training at Leavey Business School of Santa Clara University and Haas Business School at UC Berkeley.  David is on the Executive Committee of the Clinical and Translational Research Institute at UC San Diego, and holds board and committee roles in several national blood bank organizations and local biotechnology companies. David is also a Board Trustee at Francis Parker School. 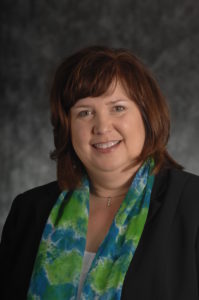 Stacy is currently the President and Chief Executive Officer of LifeServe Blood Center.  In addition to her undergraduate degrees in Biochemistry and Microbiology from North Dakota State University, Stacy has a Masters Degree from Drake University.  Stacy’s career in transfusion medicine started at Mercy Medical Center in Des Moines, Iowa where she worked in an active transfusion service for six years.  Her blood center career began at The Blood Center of Iowa.  During her time in the organization, Stacy worked her way through Quality, Donor Services, Recruitment and Hospital Services including the testing laboratory.

She is currently on the Board of Blood Centers of America and the National Blood Collaborative.  She has been active in AABB and Blood Group Alliance.  She served as the chair of Blood Centers of America for 4 years.  She currently sits on the National Hospital Contracts Committee and the Executive Committee.  Stacy was honored to participate in an Administrative Think Tank for AABB, a national organization dedicated to furthering transfusion medicine.   Through her work on the Think Tank, Stacy actually published work on changes that needed to be made to strengthen the relationship between blood centers and hospitals.

LifeServe Blood Center was formed April 1, 2010 through the merger of independent blood centers; Siouxland Community Blood Bank, Sioux City, Iowa and The Blood Center of Iowa, Des Moines, Iowa.  LifeServe’s corporate office is in Des Moines, Iowa.  The blood center has 10 locations in a 3 state area, providing blood to more than 90 hospitals nationally.  One of the 15th largest blood centers in the country, LifeServe is dedicated to process, service and leadership excellence.  This tri-state employer of 330 employees is working to develop an innovate culture with a laser focus on finding ways to be the best while providing the right blood to the right patient at the right time for the right price.  LifeServe is known for great customer service, a loyal donor base and an innovative approach with hospitals. 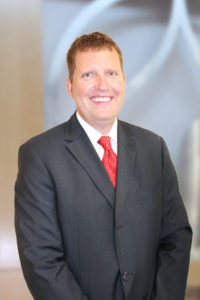 Mike Parejko, MS, MT (ASCP) is the CEO of Mississippi Valley Regional Blood Center (MVRBC), a not-for-profit community blood center in Davenport, Iowa. Parejko has nearly 30 years of experience working with the blood community.  His expertise spans the entire blood center process from donor recruitment, collections, manufacturing, testing and distribution as well as training and development, risk management, human resources and finance.  Starting his career he participated in clinical research in the area of bone marrow transplantation while working as a medical technologist in the transfusion service arena.

Mike is currently the Treasurer of the Board for Blood Centers of America (BCA), and serves as a Board Director for the boards of America’s Blood Centers (ABC), IT Synergistics, and the United Way of the Quad Cities. 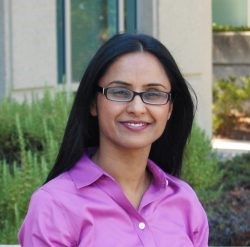 Harpreet Sandhu is the Chief Executive Officer for Stanford Blood Center and has been with SBC since 2007. Harpreet is a board-certified clinical laboratory scientist, with specialties in Transfusion and Transplantation medicine. She has nearly twenty years of professional experience, with fourteen years spent in progressive managerial and leadership roles. Originally from Vancouver, Harpreet completed her undergraduate studies and training in Canada. Since then, she has earned her Master of Science, Health Sciences (MSHS) and Master of Business Administration (MBA).
Harpreet serves as a Board member for the following organizations: Blood Centers of America; National Marrow Donor Program; Foundation for America’s Blood Centers; and California Blood Bank Society.
Harpreet enjoys traveling and the outdoors, particularly hiking in the beautiful Bay Area and Pacific Northwest. She is also an avid hockey fan and cheers on the Vancouver Canucks!